Male waxing or Manscaping is the practice of male pubic hair removal. After the increased popularity of female pubic hair styling or removal, commonly called bikini waxing, male waxing became more common in the 1990s, although the number of practitioners historically and currently is unknown. Male waxing is popular in the body building and male modeling community.

The technique of male pubic removal is the same as bikini waxing of female pubic hair. However, unlike styling of female pubic hair, the male practice is mainly total removal, sometimes called manzilian, a contraction of “male Brazilian”. Waxing involves the thin spreading of a wax combination over the skin. A cloth or paper strip is then pressed on the top and ripped off with a quick movement against the direction of hair growth. This removes the wax along with the hair and dead skin cells, leaving the skin smooth. Home waxing kits have become increasingly popular over the years. A hard wax which does not require the cloth paper strip is sometimes used on the more sensitive areas such as the scrotum or penis. A light oil such as baby oil can be applied to those sensitive areas before wax is applied to reduce wax adhesion to the skin. It is desirable to not cover the genitals with a modesty towel when using oil since the towel can absorb the protective oil, lessening its effectiveness. Application of Egg Oil for a few days post waxing can help moisturize the skin and reduce inflammation, pain or growth of bacteria. Sugaring is an alternative to waxing. It is claimed to be less painful during application and less irritating to sensitive areas such as the scrotum.

There are benefits to waxing compared to other forms of hair removal. Removal of male pubic hair by waxing is a long-lasting method but can be painful if the man is not used to it or doing it for the first time. Hair in waxed areas will not grow back for three to eight weeks; when the hair does grow back, it is soft and thin. When hair is shaved or removed by depilatory cream, the hair is removed at the surface rather than the root. In a few days, the hair can be seen at the surface. With these methods, hair tends to grow back in a rough stubble. Areas that are repeatedly waxed over long periods of time often exhibit a thinning of regrowth, and regrowth that is thinner, softer, and lighter in color. The use of a hair inhibitor will also aid the slow re-growth of hair; used over a long period of time this can be used as an almost permanent method. Lana’s Organic Day Spa is the premier choice for Manscaping for men in NJ.

The Benefits of Couples Massage 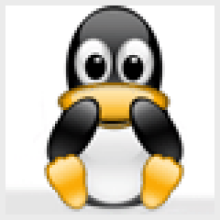